Test yourself and your ability to multi-task, or play with a friend ( if it's too difficult for you ;) ) in this 2D platformer where you control two characters heading towards each other as they go through numerous levels to reach the end, collecting all the crystals as you go!

What Goes Around, Comes Around is a difficult arcade, side-scrolling platformer made for the very first VimJam towards the theme of 'There and Back' made in only a week! Downloadable versions are also available for the game!

Hope you enjoy! Please leave a rating for the game if you can!

ALL art assets and game created by AcidicDuck

Hey. I played your game and made a video about it. :D If you want me to delete it, let me know.

Thank you so much!! it was really nice hearing what you thought of the game, I guess I did make it quite difficult haha

The idea is awesome. :D I just did not have any friends around to play with, and I am very bad at paying attention to multiple things a time.

You commented on my game so thought I would comment back, I really liked your game, it has really good art and a cool concept. It was really hard though and would definitely recommend finding a friend to play it with. It would be nice if the levels were a bit shorter but over all a really cool game.

I really liked the idea of two games at once, but it still felt like I needed more time to prepare for the jumps. since it’s one shot deaths, it was really discouraging to keep playing after losing a few times. It was a good enough concept to keep me trying those few times though. The music and sounds were really nice, and the art was pretty.

I understand!! I was torn between making multiple levels, or a smaller amount of longer levels... I've also recently been given the idea of a progress metre on the levels to give some indication on how far into the levels you are going which is a good idea I might implement later on down the line if I do more work on the game! Hope you rated fairly, thanks for checking the game out nevertheless and giving feedback! really appreciate it :)

Great ideal, the double view throws me for a loop, regretfully. A quick thought is maybe add a few more lifes before game over screen. Overall great game, love the music.

Pretty cool idea! The mirror effect for the platforms was trippy at first, but you get used to it if you keep the characters in your peripherals. Definitely would be easier with 2 people, but that shouldn't discourage anyone from playing! I like the music and art in this as well. Well done! 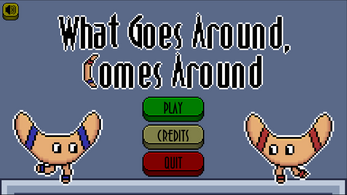 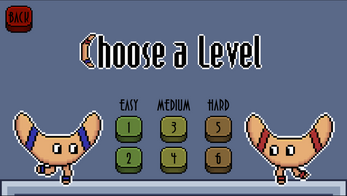 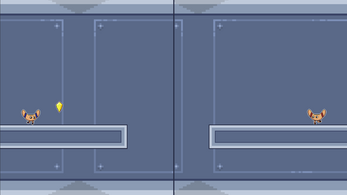 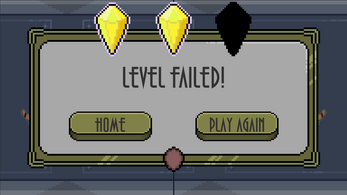 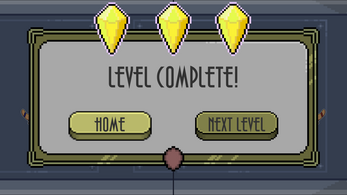